Introduction to Biofeedback and Neurofeedback 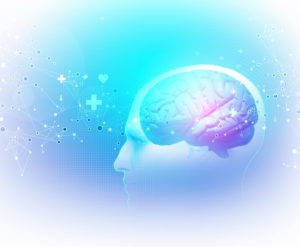 Biofeedback as a field has been growing since the late 1960s. This form of training and treatment uses monitoring instruments attached to the body to “feed back” information to the person on the functioning of their bodies. It has been established that, once people have more detailed access to information on what their bodies are doing, they are able to either consciously or subconsciously alter or control those functions. With some exceptions, the purpose of biofeedback is to teach relaxation.

The form of biofeedback that enables people to alter brain electrical activity is called “neurofeedback” (or EEG biofeedback). Neurofeedback is not new. As early as 1958, it was first shown that the brain could respond to brainwave feedback. But for many years the equipment was highly complex, large and located in university research laboratories. Digital technology has changed the game. Now portable equipment is available that can run on a standard PC. The field of neurofeedback has grown very rapidly in the last 20 years, and especially in the last 10 years. The protocols for neurofeedback have been improved, equipment has been refined and the process has reduced in cost. And now the scientific evidence has built a compelling case for the effective treatment of brain de-regulation conditions, such as anxiety and depression.

Neurofeedback, both direct and traditional, involves a few sensors being placed on the scalp to measure electrical activity of the brain in the form of brainwaves and generate an electroencephalogram (EEG). This is an exact equivalent to the electrical activity of the heart generating an EKG (electrocardiogram). Scientists have identified specific patterns of brainwaves that contribute to a lack of wellness and that the brain is a central contributor to the emotions, physical symptoms, thoughts and behaviors that define many of the problems for which people seek psychological consultation. The brainwaves captured by the EEG are then transmitted to a computer screen. The amplifier and computer analyze the electrical signals. Neurofeedback is used to reduce or increase specific brainwave frequencies depending on the area of concern.