A significant part of my family culture viewed emotional expression as unacceptable or, at least, unnecessary and would disengage or withdraw from anyone that openly displayed emotions.  Also, any public display of affection (PDA) was discouraged, so, as a young child, I learned to ignore my emotions to be accepted by my family.  It wasn’t until I was a young adult that I began to realize I struggled to ‘control’ my emotions and, when I couldn’t, my self-talk became very judgmental, making me think there was something wrong with me because I had these emotions that would leak out at the most inappropriate times.

I had a lot of practice at separating my physical sensations as precursors to full blown emotions from the thoughts my mind would form in response, telling myself often that you must be logical and rational and not move forward from an emotional or “irrational” experience.  I got skilled at ignoring even some basic biological needs, such as hunger as these experiences were not emanating from the mind’s rational control.  Now, learning to compartmentalize in this way is not necessarily detrimental in the moment.  In fact, it can be quite helpful in times of chaos or crisis.  However, after years of trying to follow the family rules of minimal emotional expression, I began to experience a degradation of my physical health, including an increase in my weight, blood pressure, blood sugar, and “bad” cholesterol levels.  And, as I mentioned, my emotions began exposing themselves more frequently, many times when I least expected them to do so.

It was at that point that I began searching for ways to get healthier, such as changing my diet and increasing exercise in my daily routine.  I also began traditional psychotherapy.  What I came to discover was that the level of stress I was experiencing was magnified by disowning my emotional self and trying to bring my emotions under rational control.  What I didn’t know at that time was that my amygdala, an area of the brain linked to stress, was in a heightened state of alert to danger, working overtime and causing a chain reaction of inflammation in my body.  When I began to learn how to befriend my feelings and not view them as the enemy that needs to be conquered, I started to sense an experience of relief.  As I got curious about my emotions and the messages behind them, I was able to begin to embrace the wisdom of my body and allow my emotions to have a voice in my decision-making and relationships.

Now, this wasn’t a quick and easy process.  I had to challenge not only my transgenerational, long-held family belief that emotions are BAD and I had to do so within a larger, societal culture that values the logical over the emotional.  Yet, with courage and support, the more I did, the better I felt.  Initially, I felt like an outsider or worse a traitor within my family.  It was also difficult at first to even identify the powerful emotions that I was experiencing as most of the time they were masked by anger.  As I learned to be more patient and accepting of myself, I was able to notice where I felt the emotions in my body and with the help of my psychotherapist, I was able to find a name for what I was feeling and explore why such emotions were arising.  Many times the sensations I would experience in my body would be pain in my head (i.e., tension headaches) or heaviness in my chest, around my heart, making it difficult to breathe.

As I got better at observing my body responses and understanding the messages behind my emotions, I was able to honor the wisdom and guidance being offered, instead of resisting, denying, or stuffing down my emotions.  I learned to listen more deeply to my body and respond to situations by integrating both the intelligence of the logical and the emotional parts of my mind.  As I did, my body rewarded me with an overall improvement in my physical health, including a lowering of my blood pressure, sugar, and cholesterol levels.  I also found that I didn’t need to spend so much energy trying to control my emotions, as my emotions became more naturally balanced and felt less overwhelming.  My personal experience convinced me that when we fear rejection or abandonment from our tribe and/or behave in ways to feel accepted by the people around us although those behaviors are uncomfortable and distressing our bodies try to absorb the chronic psychological stress of trying to “fit in and be someone we are not to avoid the emotional pain that might come from being different (and unacceptable).

So when a new research study was published in The Lancet, due to my own personal experience, it didn’t come as a surprise to me that the results reflect a link between how the brain manages stress and an increase in the risk of heart disease.  I always felt that there was a connection between the emotional pain of heart break (in other words, rejection and lack of acceptance) and the leading cause of death, heart dis-ease!

To read more about this new research, click the link below: 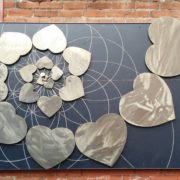 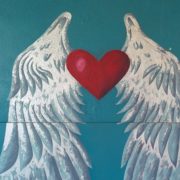 Do emotions have a role in healing childhood trauma? 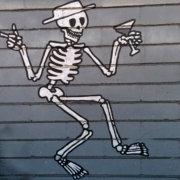 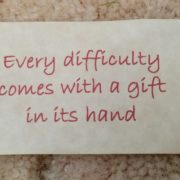 What does your attitude about crying say about you? 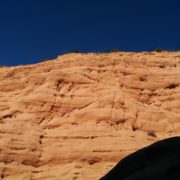 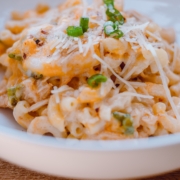 Can welcoming and accepting our unpleasant emotions change an unhealthy relationship to food?
0 replies

To receive immediate access to a FREE Self-Compassion Meditation audio created to provide on-demand support on your journey of self-discovery as well as to receive information about the latest compelling research related to strengthening the body, mind, and spirit through yoga and "talk" therapy, sign up for the Sanctuary for Compassion and Connection's monthly newsletter below!
5 Reasons to Set Intentions Instead of New Year’s Resolutions