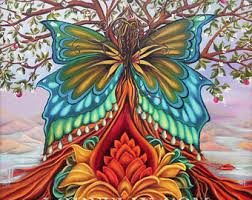 Growing up in a dysfunctional, toxic family environment left deep, ingrained patterns of thinking and acting to avoid the uncomfortable, powerful emotions that boiled just beneath the surface, until my ability to stuff them down and sit on them didn’t work.  It was at those times that the emotions would come out – and come out strong – to the point of overwhelming me and any one near me!  What I came to learn is that I worked very hard – physically, mentally, and emotionally – to be perfect, to do everything right so I would avoid disappointment and feel that elusive sense of acceptance from others.  Now I understand that a common human condition is imperfection and from that deep understanding, I am able to tap into a reservoir of self-compassion to remind myself that we reach perfection when our spirit leaves the human body.

So, as long as I am alive, I have come to accept the fact that I will make mistakes, even some that may hurt others although it is not my intention to do so.  Coming from this place of acceptance that I am not perfect, I am able to not only express forgiveness and kindness to myself, I am more easily able to reach out to others with that same sense of compassion for their humanness.

Don’t get me wrong, getting to this point was not a short trip or an easy one, but it has been well worth the journey.  I was my own worst critic, as many of us are, and would judge myself harshly for a long time.  No matter how much I accomplished, it never felt like it was enough or good enough.  The first step in being kinder to myself was to reflect on why I was so judgmental in the first place.  Well, as you can probably guess, I learned it from my family.  And it wasn’t only from my family, it was a bigger, broader experience of society’s judgment and subtle messages that to be accepted, we must be perfect.  Once I was aware of my inner critic and why and where she grew from, I could then own my suffering that this inner critic created.

In recognizing the suffering, I began to get curious about the emotions that came up, such as fear of being criticized, losing the acceptance of others, guilt, and the sense of being less than and unworthy of the acceptance I so needed.  As I sat with these uncomfortable feelings and explored what messages came from these powerful emotions, I started to ask how they might be trying to serve me in some way.  I learned that feeling guilty was a guide that led me back to my authentic self whenever I might find myself straying away in my thoughts and actions.  Sitting with criticism informed me that it is important to be open to the feedback of others because sometimes we are blind (and deaf) to our behaviors and words, specifically how those behaviors and words might impact another.  I also discovered that when I would be criticized by others, I was simply acting as a mirror to reflect back the other person’s felt sense of inadequacy, so it really wasn’t about me.

When sitting with the fear of losing the acceptance of others, I realized it was because I really feared accepting myself.  Somewhere down the line I was told I was different, because I was so emotional, which was projected on to me as I was “irrational” and thus not acceptable.  When I began to challenge this message and not only accept but embrace my emotional self, I also began to accept the idea that being perfect does not mean you will be accepted by everyone.  I looked at how I comforted others when they experienced making a mistake and tried offering that same comfort and compassion to myself.  With practice, I began to internalize that we innately all try to do our best with the gifts and limitations we have and when I viewed the human experience from this more balanced – logical and emotional – perspective, I felt a deep sense of peace within.

So the journey took time for me to stare my fears in the face, accept my humanity completely, and practice self-compassion when I find myself feeling the pain of suffering.  Now when my fears come up, I no longer try to ignore it and instead invite it in so I can engage in a dialogue with it.  At first, I might feel overwhelmed and I now recognize in these moments that the emotion is coming to me so strong because I may have been ignoring before it when it tried to get my attention more subtly in the past.  When this happens, I might have to sit a little longer and take a couple of extra deep breaths before the conversation can begin in earnest.  As I engage with my powerful emotions, a common theme emerges, that reminds me that I am not alone and that most people would have a similar response, even if they are not ready to admit it.  When I am able to accept I am human and express my gratitude for my emotions as the intelligent guides they are, self-compassion floods in to soothe my momentary suffering and helps to release the grip of judgment and perfectionism.

More and more research is being done to explore the effects of deepening our ability to have self-compassion as it is showing a strong association with mental well-being.  It is being shown to reduce self-criticism, judgment, self-blame and isolation, therefore, increasing acceptance and connection.  Should you be interested in reading more about the results of recent research on the benefits of supporting the development of self-compassion, click on the link below: 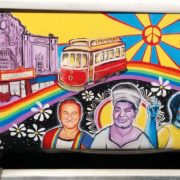 Self-acceptance, what is it good for? Absolutely everything! 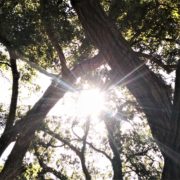 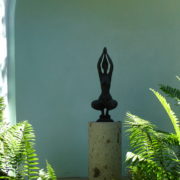 5 Intention-setting Ideas to Embrace the Shakti Energy Within 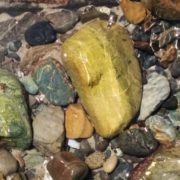 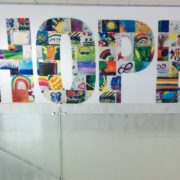 Can direct neurofeedback help individuals with a diagnosis of schizophrenia? 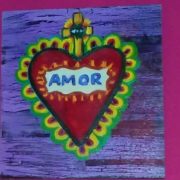 To receive immediate access to a FREE Self-Compassion Meditation audio created to provide on-demand support on your journey of self-discovery as well as to receive information about the latest compelling research related to strengthening the body, mind, and spirit through yoga and "talk" therapy, sign up for the Sanctuary for Compassion and Connection's monthly newsletter below!
5 Intention-setting Ideas for Supporting the Parasympathetic Nervous System