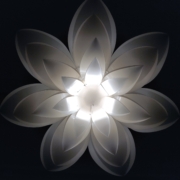 As the most common neurodevelopmental disorder, Attention-deficit hyperactivity disorder impacts an estimated 11% of children in school, with symptoms of inattention, hyperactivity, impulsivity and various cognitive dysfunctions often persisting into adolescence and adulthood.  And thanks to modern neuroimaging technology, relatively distinct brain regions within the prefrontal cortex have been identified as having altered activity, accounting for the symptoms of ADHD.  These disturbances in the networks of the brain have begun to come under further study when considering therapeutic interventions.  Transcranial direct current stimulation (tDCS), aka direct neurofeedback, has shown promising effectiveness in both neuropsychological and neurodevelopmental disorders, especially ADHD.

Symptoms of inattention or being easily distracted is very common, as it is the mind’s natural tendency or default mode.  It is actually wired for continuous distraction and a culture that values multi-tasking reinforces this wiring.  Mindfulness, or the practice of narrowing our focus to a single-task or giving our undivided attention to the task at hand, is one way to train the mind to ‘pay attention’.  However, this is sometimes easier said than actually done.

Now add trauma to this default mode of distraction.  When the mind is overwhelmed by strong, and often uncomfortable emotions, the use of the natural, default distraction wiring of our brains can actually be of benefit as it provides relief from those emotions, albeit temporary, brief and fleeting.  In fact, using conscious distraction techniques can actually keep us be safe from harm in the moment by moving us away from more unhealthy reactions to such powerful emotions, such as self-harming thoughts and behaviors including substance use.

The go-to approach to ADHD has been medication and behavioral modification therapy, yet the lack of long-term effects for both has been disappointing to those who suffer from the symptoms of this neurodevelopmental disorder.  Such lack of long-term effects has generated renewed interest in neurofeedback in recent years as a promising method for improving neuropsychological and cognitive deficits in ADHD.  Although more research may be required to determine the length of initial treatment along with the need for ongoing intermittent treatment to assess how long the benefits last, this non-invasive brain wave modulation intervention may just be a better approach while eliminating any medication side-effects!

If you would like to read more about the current state of the research on using direct neurofeedback for ADHD, click the link below: