I sense that most of us are aware that our brain, especially the rational part (i.e., prefrontal cortex) does not reach full development until age 25 or so, which implies, by default that until that age, we tend to operate more from the emotional parts, such as the amygdala.  And, as our brains develop, the connections between the two (emotional and rational) centers are still developing as well.  What we may not be so aware of is the impact of childhood trauma on such connections.  We also may not be fully aware of many of the situations that are now understood to be traumatizing to children.

Let me start with the latter.  Extensive research has been ongoing since the original group of participants were recruited for the Adverse Childhood Experiences Study between 1995 and 1997 in California.  Although the study ended in 1997, most states continue to collect such information through the Behavioral Risk Factor Surveillance System.  The information collected focuses on child abuse and neglect and other household challenges, including intimate partner violence, substance abuse and mental illness in the household, parental separation or divorce, and if a household member was incarcerated. This research has resulted in the inclusion of a new diagnosis of Complex posttraumatic stress disorder, also referred to as developmental PTSD, within the International Classification of Diseases, 11th Edition, recently officially endorsed by WHO’s World Health Assembly and set for implementation outside of the US in 2022.

This is a HUGE step forward in identifying the underlying cause of most challenging symptoms to mental health, including anxiety and depression, and how these symptoms link to most chronic physical diseases, such as heart disease and cancer!  I have been known to say we don’t need a Diagnostic and Statistical Manual (DSM) of Mental Disorders, we simply need The Book of Trauma.  When we all can embrace the idea that there is nothing wrong with us and instead can understand it is what happened to us when we were little that makes it so difficult to live a life full of joy and meaning today, there will no longer be any stigma to seeking support and we can begin the process of healing by shedding the shame and suffering we have been carrying.

Now to expand on the awareness of the impact such developmental PTSD has on the growing connections between the emotional and rational parts of a child’s brain.  When we are little and presented with trauma (as defined above), the emotional input to the brain is overwhelming to the point where we only ‘feel’ and are unable to ‘think’ because the developing rational part of the brain is hijacked by the emotional part, cutting off the connections that encourage a more balanced perspective.  The most familiar and natural fear responses of ‘fight or flight’ in many cases may not be an option for children.  Therefore, the ‘freeze’ response may be the most accessible, especially in young children.  The freeze response is used when the presenting danger cannot be escaped or beaten down, and if either were to be attempted, might actually increase the risk of harm.  The freeze response is a survival response that encourages stillness and silence to avoid being seen and offering a mental escape instead.  What this normal response to danger also does is narrow the range of emotional awareness to flavors of fear and shuts down the development of a more diverse range of emotions, including engagement, joy, comfort, confidence, empowerment and enthusiasm.  When the freeze response helped us to survive the traumas of our childhood, it also stunted our emotional intelligence (aka alexithymia), locking us in a world where danger lurks around every corner, even as adults.

So what can we do to unlock the door to the fear chamber and open it up to a safer, more peaceful existence?  In order to facilitate improvements in trauma-specific symptoms, such as anxiety, depression, dissociation, impulsivity, and interpersonal problems, emotions need to be welcome to express themselves.  Working with a therapist that embraces the intelligence of emotions, through perhaps using Emotionally-focused therapy, can address the emotional challenges associated with alexithymia and thus, begin to resolve issues of childhood trauma.

To read a little more of the research on how working with emotions heals childhood trauma, click on the link below: 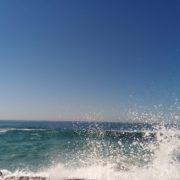 Does the ability to be self-aware of our inner emotional world contribute to our mental health?

How did “talk therapy” work for me? 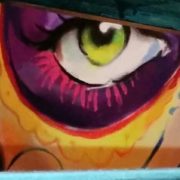 Transgenerational trauma transmission – What does our childhood experiences tell us about our future health, both body and mind? 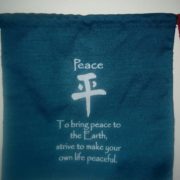 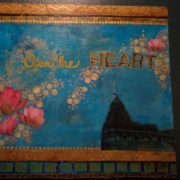 5 Intention-setting Ideas to Open Your Heart 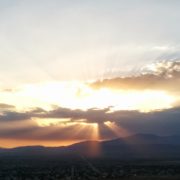 Connect with Your Inner Source of Peace
3 replies

To receive immediate access to a FREE Self-Compassion Meditation audio created to provide on-demand support on your journey of self-discovery as well as to receive information about the latest compelling research related to strengthening the body, mind, and spirit through yoga and "talk" therapy, sign up for the Sanctuary for Compassion and Connection's monthly newsletter below!
5 Intention-setting Ideas for Celebrating Happiness Happens Month